The A220 is the latest Airbus aircraft to enter into service after its acquisition in 2018 from Bombardier. We have capitalized on our worldwide support experience to tailor a A220 worldwide component support.

The A220, originally developed by Bombardier under the name C-Series, was acquired by Airbus in 2018, through the acquisition of a 50,01% stake. The program was rebranded under the name Airbus A220. Existing in two variants, the A220-100 and A220-300, the aircraft was developed and is still built in Bombardier facilities in Quebec.

5 months later, the larger A220-300 was first delivered to the Latvian flag carrier Air Baltic in November 2016 and made its first commercial flight from Riga to Amsterdam on December, 2016.

According to Airbus, the A220 is “the smallest jetliner in their product line”, with “unbeatable efficiency and comfort”.

Overall, the A220 series of airframes is marketed as providing “10% lower costs per trip than large single-aisle aircraft,” a capability that allows operators to serve “sectors that were previously unprofitable or impossible.” 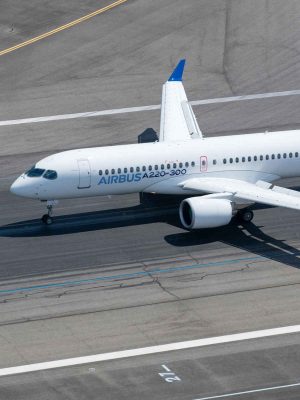 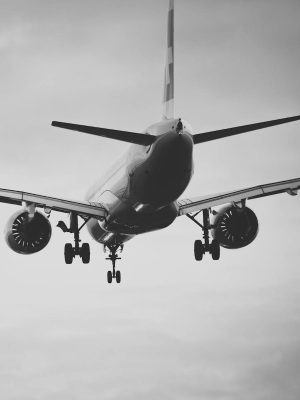 Airbus A220 | Our Solutions