The A350, launched in 2014, is known as the reference for long-haul flights. Our A350 component support will give you access to our pool locations worldwide for immediate part availability.

Beyond its dimensions and passenger seating capacities, the A350 cabin also includes the Airspace by Airbus cabin, a “cabin concept” that is described by Airbus as focusing on four attributes: ambience, comfort, design and service.

The A350 offer great passenger capacity and range, as well as various new technologies. The A350 fuselage cross-section is promoted as allowing operators to install “the widest seats of any jetliner in its category,” The combination of the airframe’s cabin noise level, light-emitting diode (LED) lighting and seat width is also touted as “minimizing the effects of jetlag.”

Passenger fatigue is further decreased by the ability of the airframe to have a cabin altitude of as low as 6,000 ft. at the -900’s 43,100-ft. maximum operating altitude—an altitude that is touted as being “25% less than in aluminum-fuselage aircraft”—as well as by the “draft-free air conditioning system,” the combination of which “leads to a less dry cabin environment.” 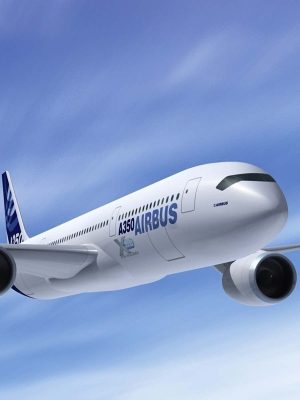 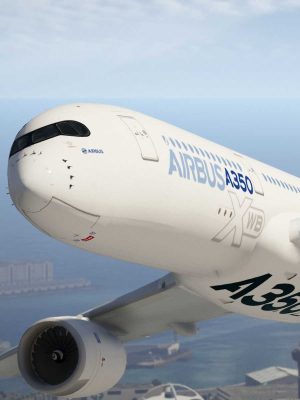 Airbus A350 | Our Solutions